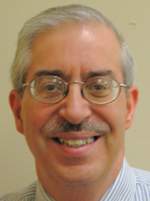 In addition to Haiku Elvis, Carlos Colón has authored twelve poetry chapbooks and has had more than 900 poems printed in a variety of magazines including Modern Haiku, Frogpond, Journal of Poetry Therapy, Writer’s Digest, and Louisiana Literature. He was one of the poets featured in Tazuo Yamaguchi’s Haiku: Art of the Short Poem, a DVD documentary.

Colón’s work was recently anthologized in The Southern Poetry Anthology: Volume IV: Louisiana (Texas Review Press, 2011) and Haiku 21 (Modern Haiku Press, 2011), and it appeared in Haiku in English (W.W. Norton, May 2013). Ten of his poems have been reprinted in The Red Moon Anthology, which yearly collects the best English-language haiku and related works, and two of his poems were reprinted in Take Five: Contemporary Tanka, which yearly collects the best English-language tanka. Colón’s poetry is also part of three public art projects: the “Let the Good Times Roll” mural in Shreveport’s Festival Plaza, “Highway Haiku,” and a renku display outside of a temple on Sado Island in Japan.

He is a member of Poets & Writers, the Academy of American Poets, the Tanka Society of America, and the Haiku Society of America, for which he edited Voices and Echoes, the 2001 members’ anthology. Colón also edited The Electronic Poetry Network from 1997 to 2011. Follow Haiku Elvis on Facebook and on Twitter @ccolon423. 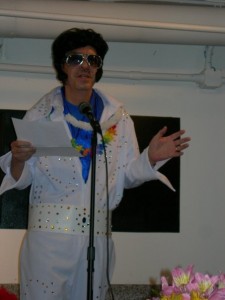